So grab some popcorn and join me in the Disney Animation Challenge. First up on the list is Snow White and the Seven Dwarfs. 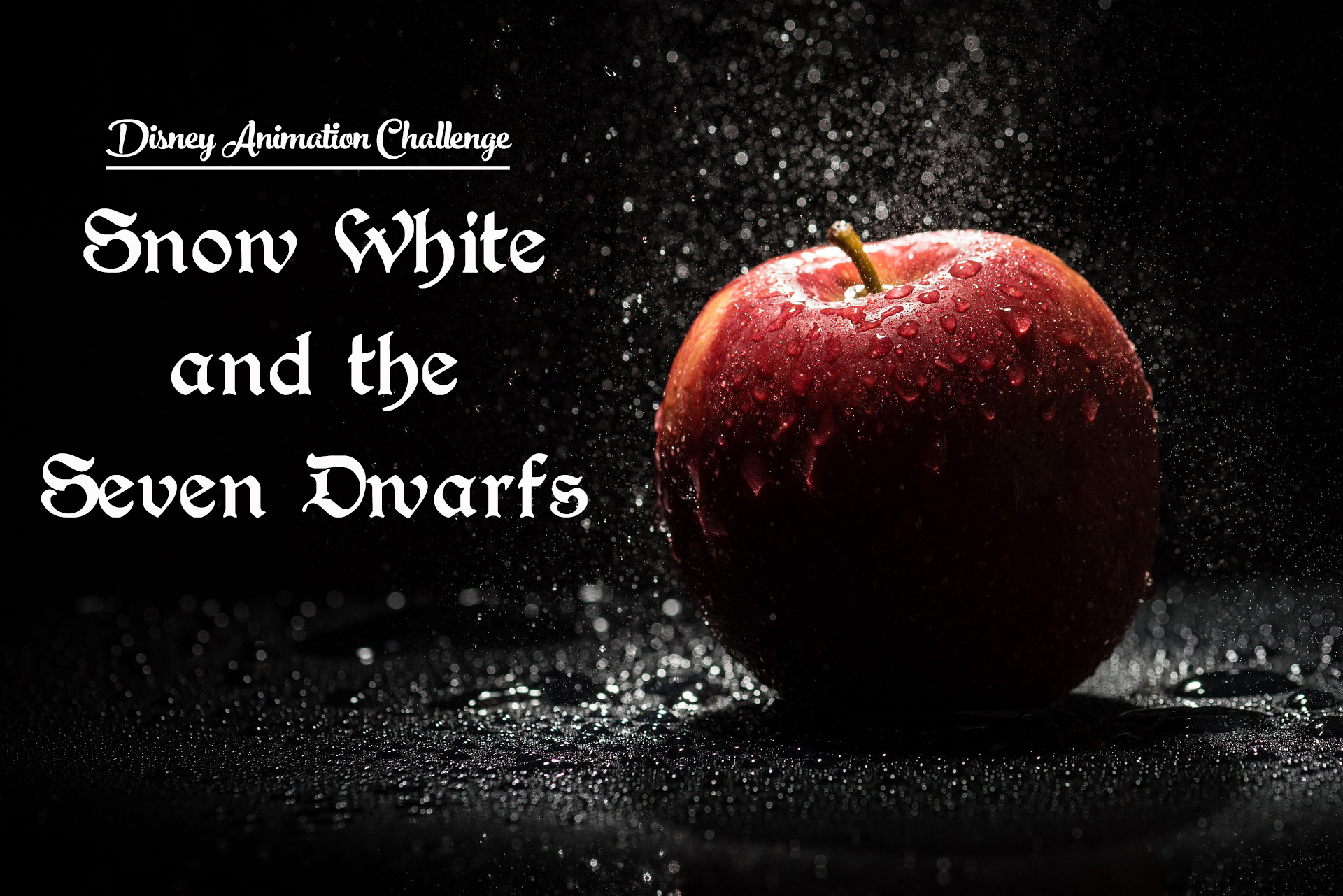 1. Snow White and the Seven Dwarfs

“Mirror, mirror on the wall, who’s the fairest of them all?” asked the beautiful, evil queen.

“NOT YOU!” said the creepy masked dude floating in the mirror.

Honestly, I’m more curious in the Magic Mirror’s story. Who is this mysterious man? Where did he come from? Why is he telling women they’re ugly!? Isn’t he aware of the consequences?

Snow White and the Seven Dwarfs is a perfect example of what happens when you tell a woman she’s ugly, especially if she’s an evil queen. First, she sends her most trustworthy huntsman after her own stepdaughter to murder her for being more beauitful than she. The huntsman ends up being too much of a wimp to follow through with the murder. So the Evil Queen has to do the dirty work, disguising herself as a crazy old lady and brewing a poison apple to kill her stepdaughter. Moral of the story, don’t be telling evil queens they are ugly!

In all seriousness, that mirror, mirror on the wall quote is one of my favorites in the Disney films. Magic Mirror became so popular he even appeared in Shrek, telling Lord Farquaad he had to marry a princess in order to be a king, and showed him the elligible bachelorettes. Let’s hope Magic Mirror gets his own movie.

While watching Snow White and the Seven Dwarfs I recalled all the times I used to watch it at my grandparent’s house with my cousins. I remembered how scared I used to be during the huntsman murder scene and when the queen turned herself into a crazy, cackling old lady. It amazes me how this movie was made for children. The Evil Queen wants to rip out her stepdaughter’s heart just so she could be the fairest of them all. Talk about some dark themes! And I was still petrified of the huntsman scene, when he approaches Snow White from behind with a long, sharp knife. And when Snow White runs through the dark forest, encountering pieces of floating wood that turn into alligators. Gave me nightmares just like it did when I was a child!

Let’s talk animals. I’ve always had a life goal to sit down with Walt Disney and ask him what inspired him to put animals in his movies, giving them human-like characteristics. It wouldn’t be a Disney movie if the protagonist didn’t have a conversation with an animal that sometimes broke out into dance and song. I like how he humanized animals in his stories because that’s what we do in real life, talking to our cats and dogs and neighborhood rabbits. Maybe once Walt Disney is unfrozen I’ll get to ask him about his obsession with animals.

My heart goes out to the poor turtle who struggled to keep up with the entire plot. He was always shown finally arriving to his destiation only to be trampled by everyone running back in the direction he had just walked from.

Although sweet, beautiful, and charming (not to mention a killer singing voice), I have to say it was pretty messed up watching Snow White break into a house, inviting all her animal friends inside, and everyone falling asleep in the beds upstairs. That wouldn’t happen this day in age. You’re breaking and entering, Snow White!

What do you do when things go wrong? You sing a song!

Snow White and the Seven Dwarfs was the first animated film to act like a Broadway musical on the big screen. And damn could everyone sing, except the Evil Queen. The whole movie was based on singing and dancing. My favorite song was “The Silly Song (The Dwarfs’ Yodel Song).” It reminded me of a hoedown in Whose Line Is It Anyway? All the dwarfs yodelled around the room, taking turns singing a verse while Snow White clapped and cheered. My second favorite song was “Some Day My Prince Will Come.” This was a really pretty song sung by Snow White and gave me huge Disney magic vibes; it reminded me of a song you would here walking around Disney World. And of course you can’t forget the honorable mentions: “Whistle While You Work” and “Heigh-Ho.”

The line up of dwarfs included Dopey, Doc, Bashful, Sneezy, Happy, Grumpy, and Sleepy. The dwarfs made the movie, each one living up to his name, literally. Dopey was a dope. Sneezy sneezed, a lot! Sleepy slept. Grumpy was…you guessed it, grumpy!

I think the dwarfs from The Hobbit should have taken notes of the development of these dwarfs. The dwarfs in Snow White and the Seven Dwarfs are rememerable because they each have a distinct personality, separating one from the other. Besides two or three dwarfs from The Hobbit, I can’t tell you anything about them. They all seem the same to me: a short grumpy man with a bushy beard.

My favorite dwarf was Sneezy. I felt his struggle of trying to hold in his explosive sneezes. But my heart goes out to Dopey who got the living crap beaten out of him, clubbed by his own friends (brothers? I’m not sure what the relationship is) who thought Dopey was the ghost haunting their hut. He took it like a champ.

“The Victim of the Sleeping Death can be revived only by Love’s First Kiss.”

Bring in the kissing prince!

This set the stone for other Disney movies: a prince entering out of no where to save the day with his magic lips. I was a fan of this prince (apparently his name is Prince Florian). Prince Florian was so goodlooking that even the doves kissed him. And damn could he sing. Prince Florian is the definition of a true man. This guy kissed a princess, revived her from death, and carried her away to live happily ever after. Men, I hope you’re all taking notes.

Being the first death in a Disney film, the Evil Queen’s death was EPIC! After changing herself into an old lady, she eventually found herself being chased by seven dwarfs to the top of a cliff. Cornered, she cackled like crazy while trying to push a boulder onto the seven dwarfs. She did more cackling than pushing, giving mother nature time to do her work. The queen was first struck by lightning, then fell off the cliff, then smashed by a boulder, and then eaten by vultures. Ouch.

Overall, I really enjoyed this movie. The dwarfs entertained me with their singing and dancing and funny personalities. Snow White swayed me with her soothing voice and innocent personality. She’s a real woman, handling seven dwarfs at once. That’s power right there. The prince cracked me up with his magical lips. And the queen’s motives were strong and different, all caused by the hurtful truth of the Magic Mirror. Although I wouldn’t call this my favorite Disney film, it was the building stone to what would be some of my favorite movies of all time.

Who’s your favorite dwarf in Snow White and the Seven Dwarfs? Share your response in the comments below! 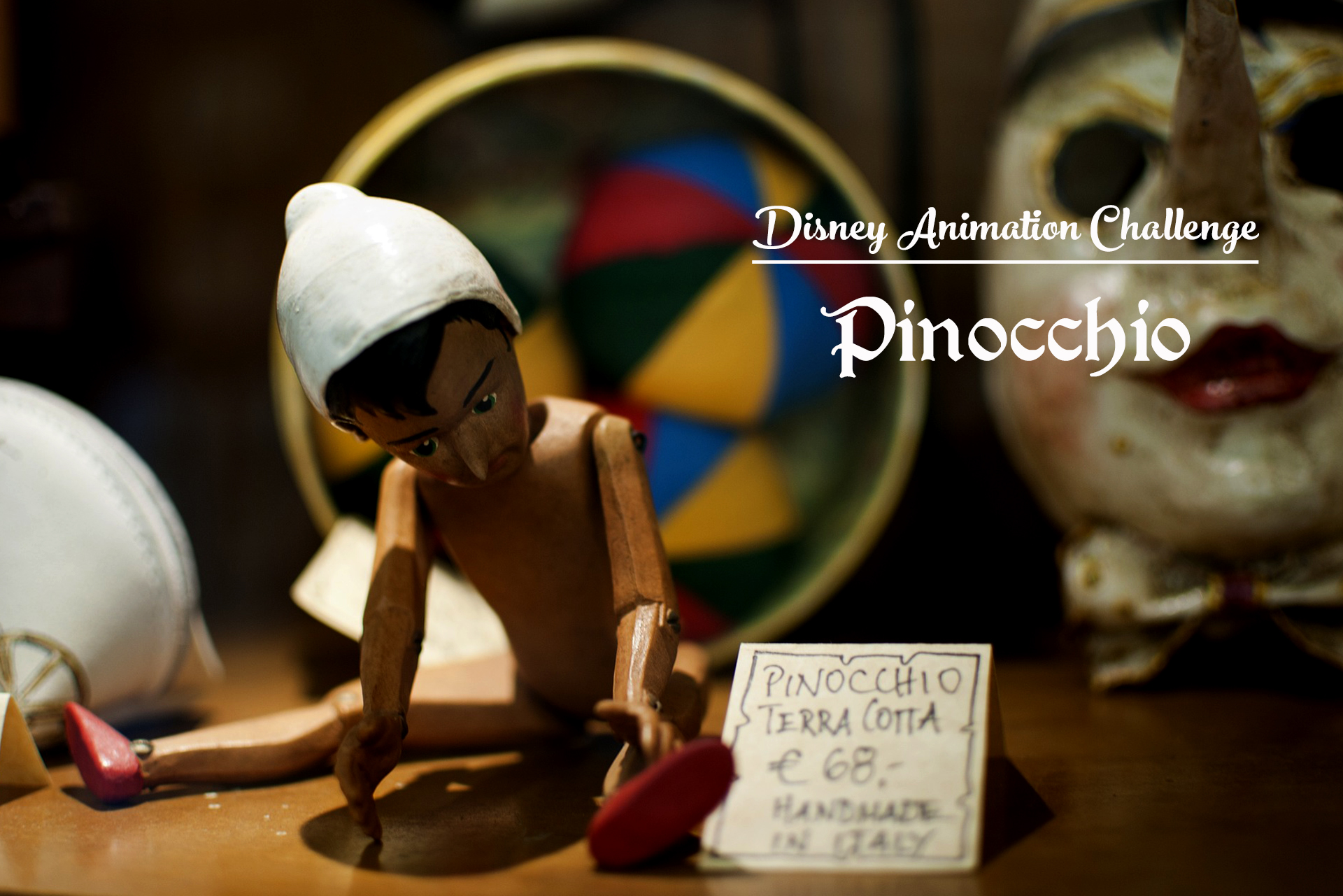