As my final week in Spain lingers ever so near, I begin to ponder everything I’ll miss about this beautiful country. Here’s a small list of all the things that will forever have a place in my heart as I move back home to the United States after living four years in Spain.

I came to Spain to write. I’ve always been more of a get-work-done at home kind of guy. But after going crazy writing in my claustrophobic pisos (apartments) I decided to venture out to the cafes. The 1 – 2 euro cafés con leche (coffees with milk) got me hooked. And the ambiente (environment) was a writer’s dream. Finding a great cafe in every place I’ve lived in Spain had been my ultimate priority. There’s nothing better than tapping away at a keyboard while sipping on a delicious café con leche while casually raising the eyes for some always entertaining people watching. 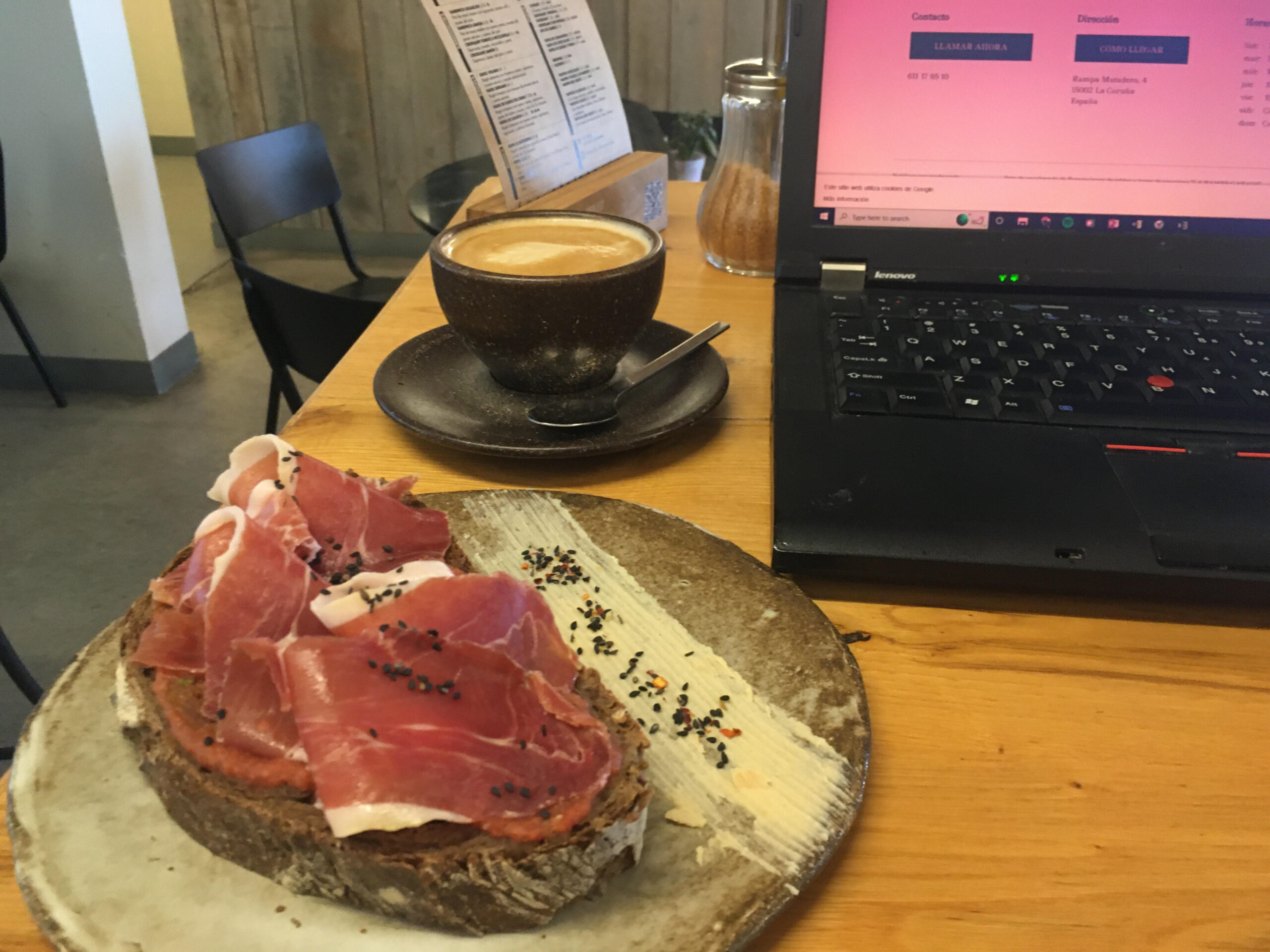 The Spaniards have a famous saying (or at least they say they have a famous saying): Americans live to work, while Spaniards work to live. This really stuck with me during my four years here in Spain. I saw it so clearly my first week of work at the high school in San Roque. As soon as that last bell rang, the entire school was deserted in five minutes. I remember I went to go do number two in the bathroom after my last class. Five minutes later I had to go search for the custodian because I was locked inside. I really admire that of Spaniards. How they really separate work from life, and life from work. I had many friends from back home visit me throughout the years. I would have to tell them to close their lap tops, or to stop worrying about signing in for a meeting. They were on vacation for crying out loud!

I’ve had some of the best parties of my life in Spain. I still think Reggaeton is the ultimate party music, and the discotecas (clubs) in Spain are filled with it. But it’s not just the late night, early morning parties at the discotecas that I love. It’s the ferias (fairs). San Fermin was the best fiesta I have ever been to in my life. It was magical seeing people of all ages taking a break from life and enjoying themselves. But not only by drinking themselves to death and burning their lungs to crisps with cigarettes, but by celebrating and being proud of their culture and traditions. That’s the part I admire most. And my head still can’t comprehend how a feria can go on for a week straight without stopping. Only in Spain. 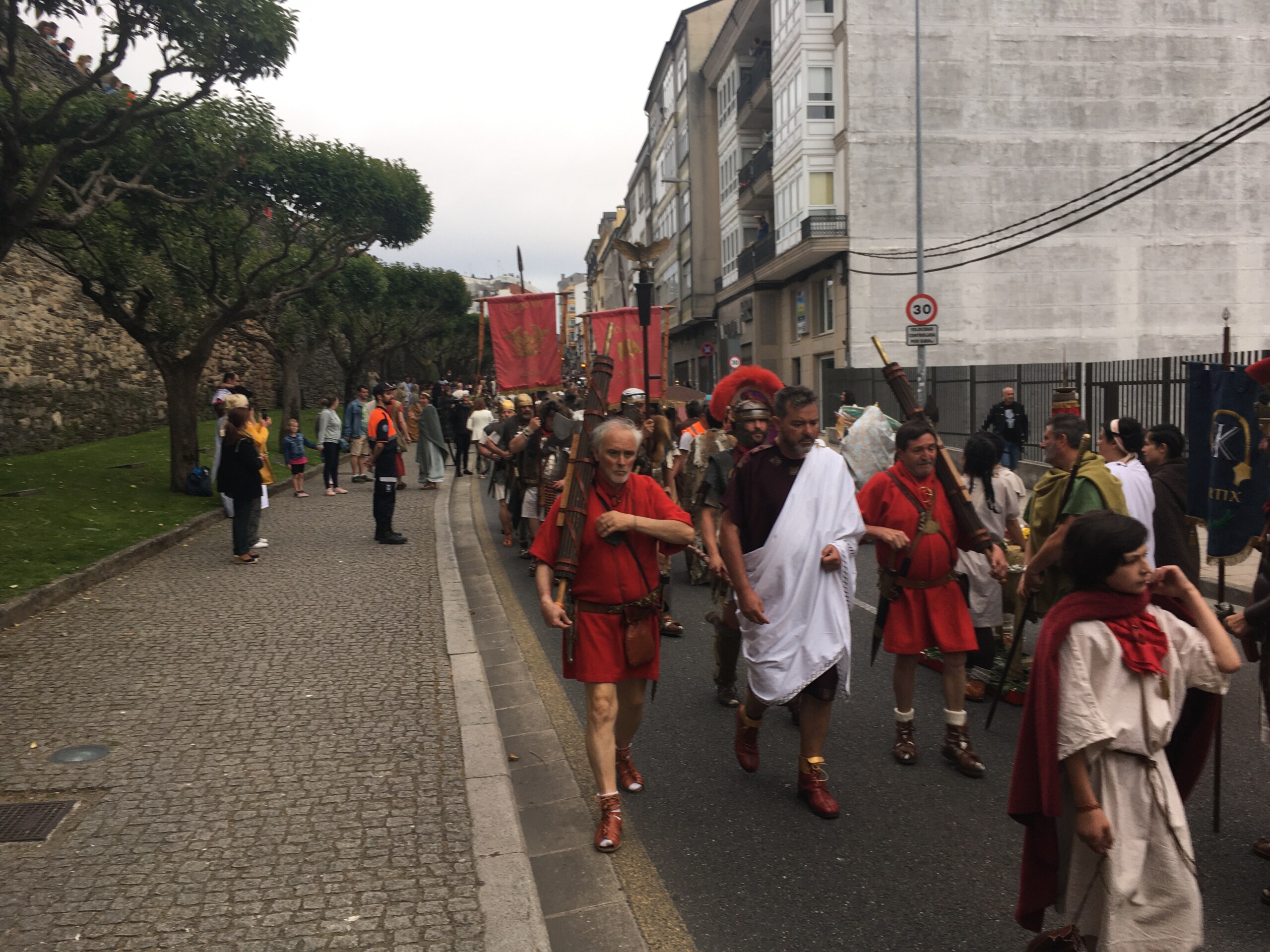 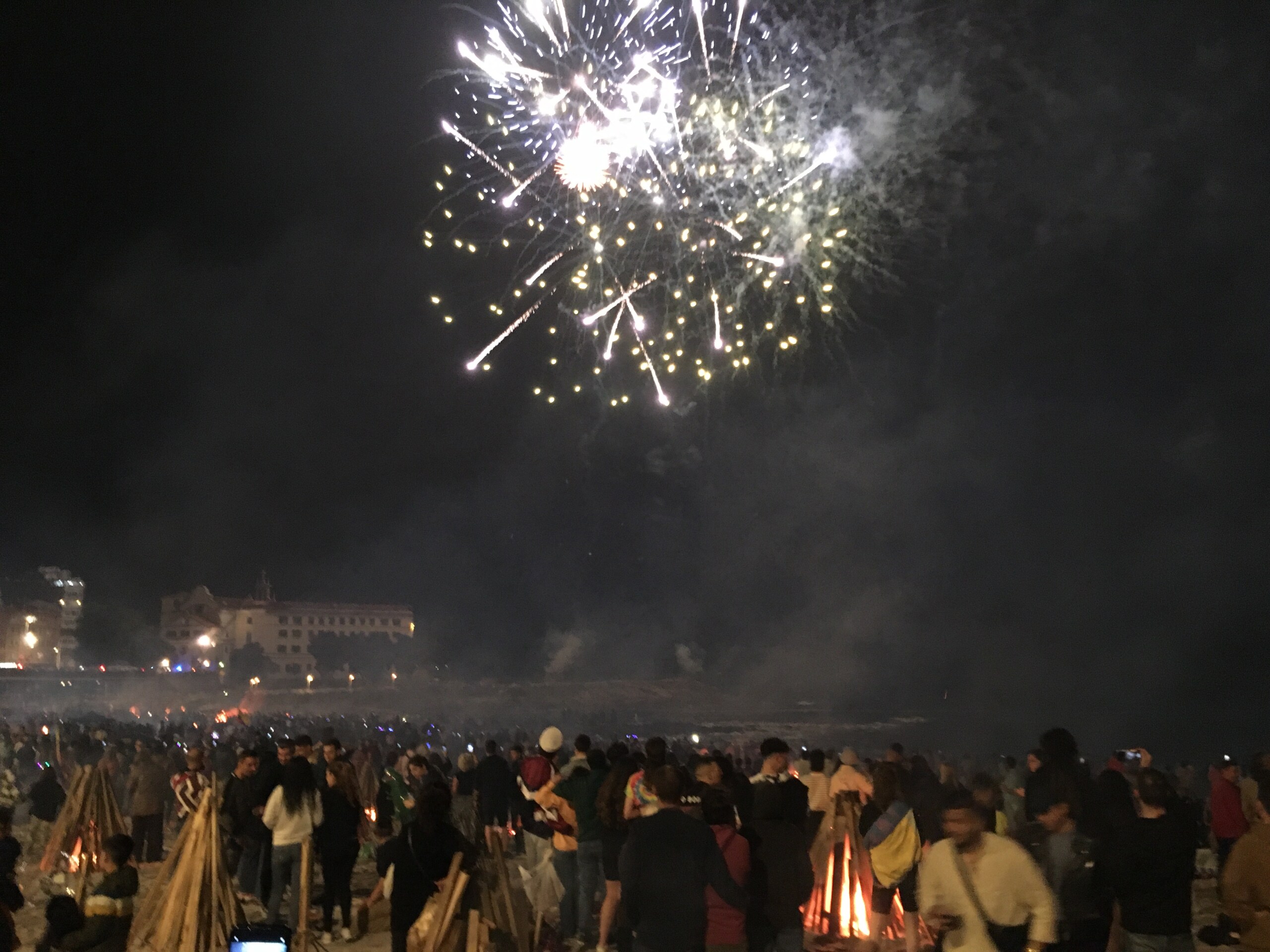 The first time I was introduced to this drink was in Granada. They say this is water for the British because they always order it when they are on vacation. But I understand why they love it. There’s nothing more relaxing than sipping a nice, cold tinto de verano while taking in the sun in a beautiful plaza. It’s really a moment where time seems to be put on pause and you can really enjoy the moment and what it means to be present.

Yes, it’s illegal to drink alcohol in the streets in Spain. But, no one cares. And what I’ll miss most are my sunset and wine nights with good company. There’s nothing more rewarding than hiking to the highest look out point, or finding a good spot on the beach, and passing around a cheap wine bottle bought from the closest Bazar with those you care for most. 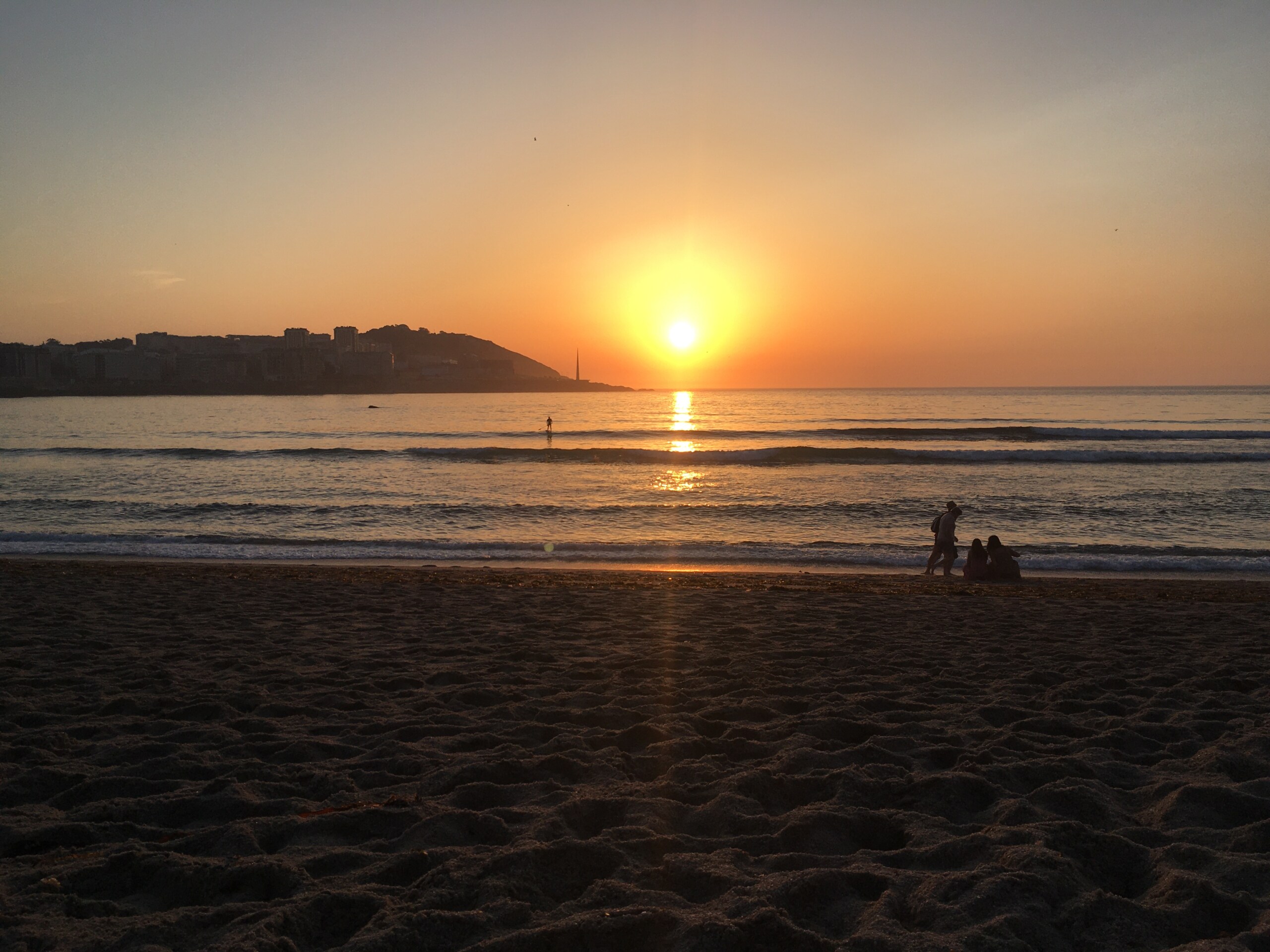 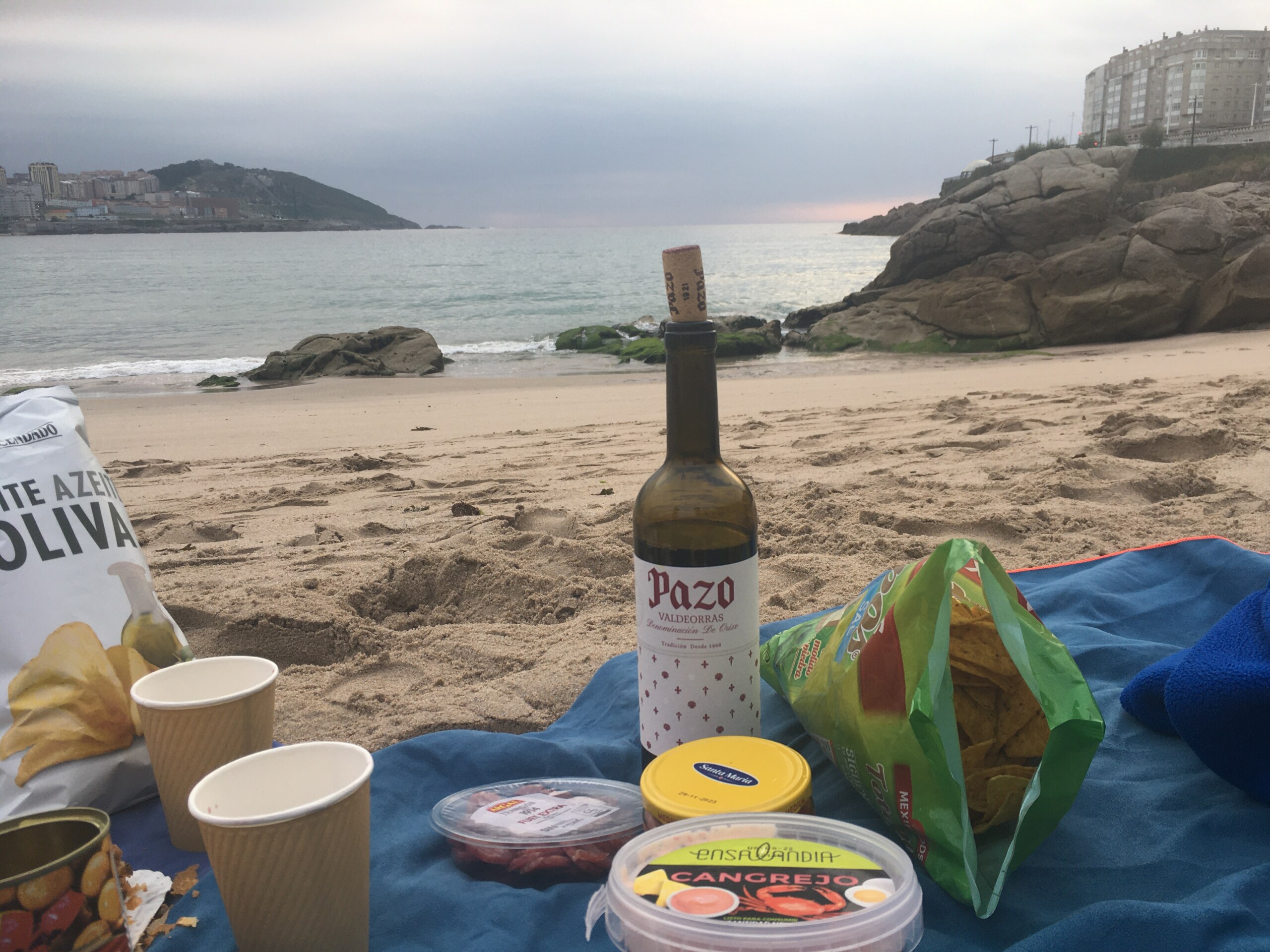 I know there’s surfing back in the United States, but the surf in Spain is incredible. I was able to surf all year in Cadiz. But the north of Spain was where the real magic was. In Cantabria I rode big, fat, slow monsters, carving up and down with a green tree trunk that my host dad bought from Decathlon. San Sebastian was where surfing became famous in Spain. And surfing in Galicia was a whole different level of surfing where I saw the largest waves of my life and where I learned the true definition of open ocean.

This photo was taken in Playa de Santa Maria in Cadiz. 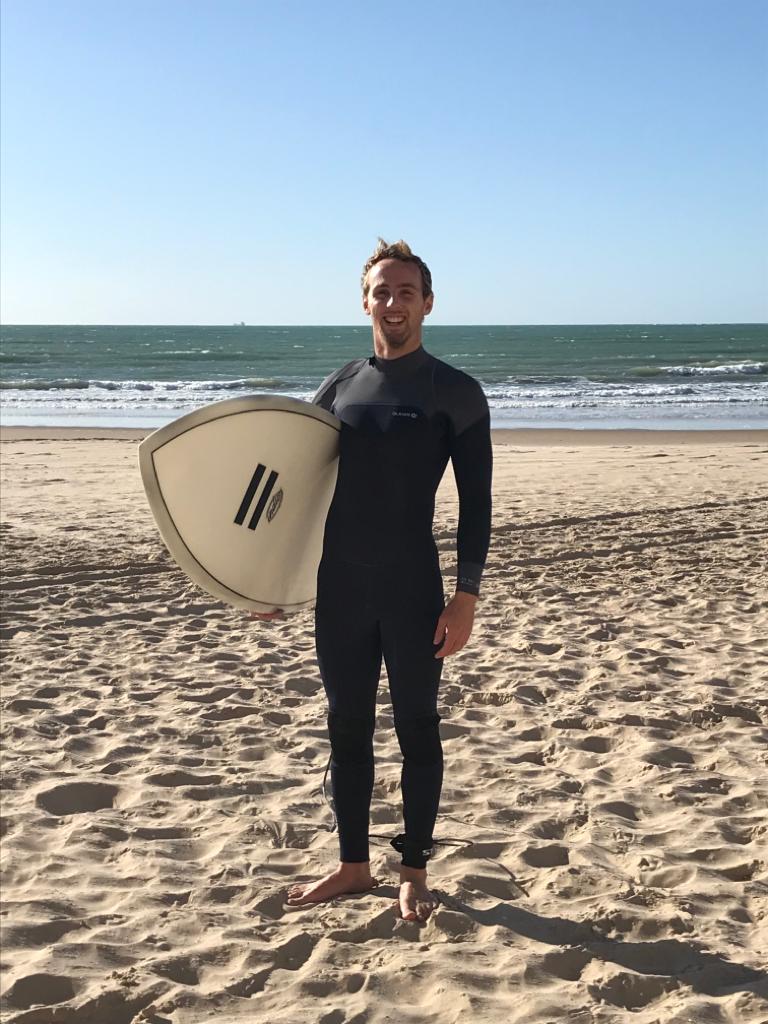 After four years I still can’t get over how cheap everything is here. Yea, the pay is low here, but no matter how poor you are, it never stops you from going for a less than two euro coffee. When I lived outside of Washington, D.C. I was spending around $300 a month on food at Trader Joe’s. Here in Spain I average around 150 euros a month. Half the price! I’m going to miss my three euro kilo of mejillones (mussels). And not to forget the discotecas. Yes, sometimes you need to pay a cover to get in, but they always include one drink inside. I don’t think that had ever happened to me in the U.S.

Europe is on a whole new level with being connected. First off, the flights are fricken cheap. I never flew in the U.S. because the flights were always so fricken expensive. And if you aren’t into flying, you can always get around by the fast train or the bus. I never took the bus or even the metro when I lived outside Washington D.C. Heck, I never even took the train to get home to New Jersey! It was just so much cheaper and faster to drive. But here in Europe, you don’t need a car since everything is well connected with buses, trains, flights, and Blablacars. The U.S. needs to get Blablacar ASAP.

I’m going to miss all the opportunities to learn Spanish here in Spain. It’s such a beautiful language and I love speaking it, the way my throat hums with my jotas (the letter J) and how my tongue struggles with my doble erres (the letter rr). There’s something magical about this language, and I’m going to miss my Spanish personality, hands flying in all directions, fingers emphasizing my words.

Oh, the piso life (apartment life). How I love you, and how I hate you. In the show Aquí No Hay Quien Viva, the grandmas call their eavesdropping on the neighbors Radio Patio because there are no secrets in piso life. You can hear everything going on. And I mean EVERYTHING. From moans and groans, to cries and whines, piso walls are practically as thin as paper and you really get to know your neighbor without even knowing them. As I type this write now I can hear my neighbor blasting his favorite Queen songs. Yay! And yes, this drives me crazy, but there’s something unqiue about this experience that I will miss. 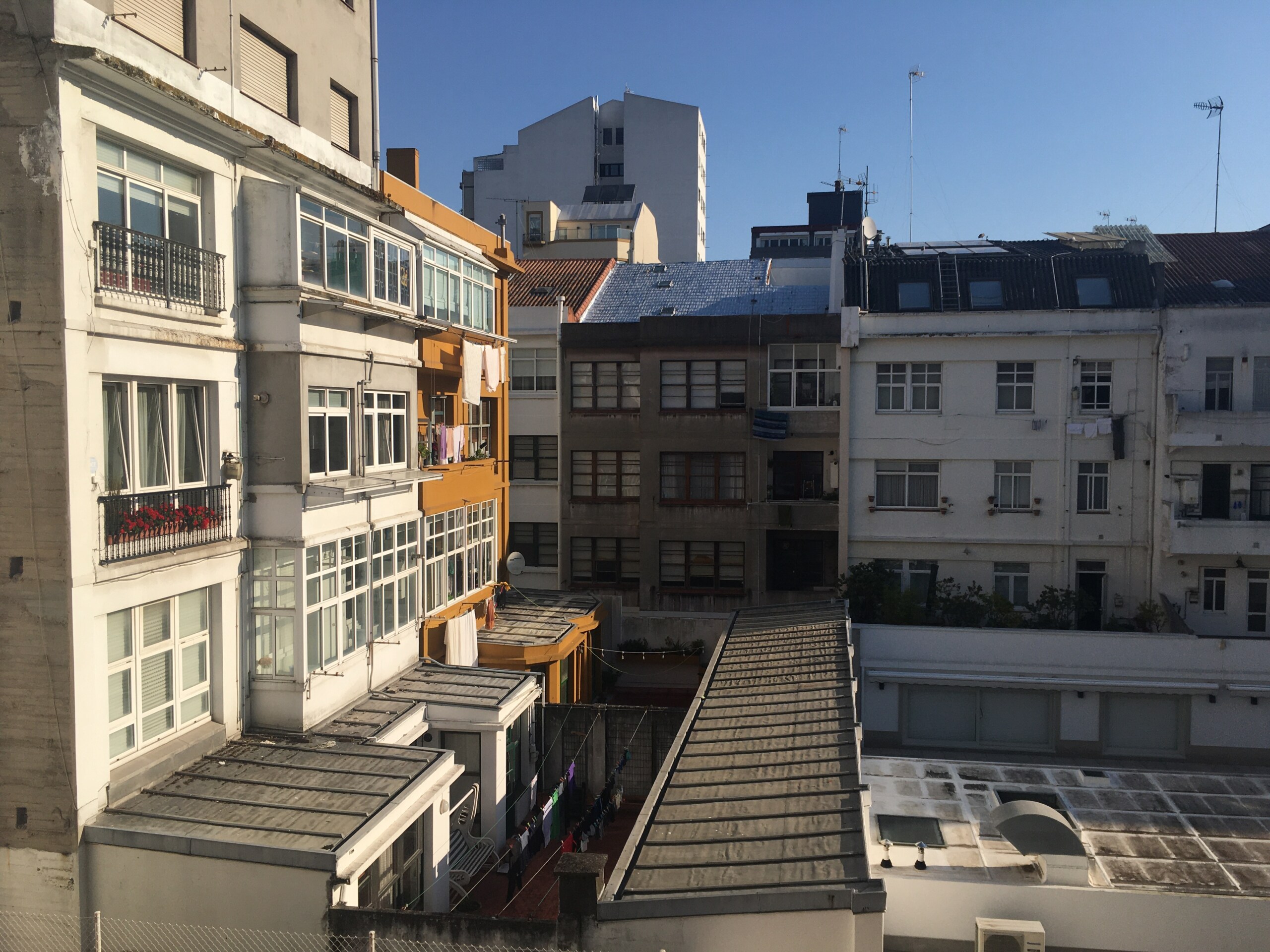 There’s nothing better than roasting your finest pair of undies out in the Spanish sun. No dryer can ever match the way the fabric feels and smells after sitting outside in the fresh air. And it’s always exciting showing your wardrobe to your neighbors. I’m going to miss checking out other people’s clothes, seeing what everyone is packing. 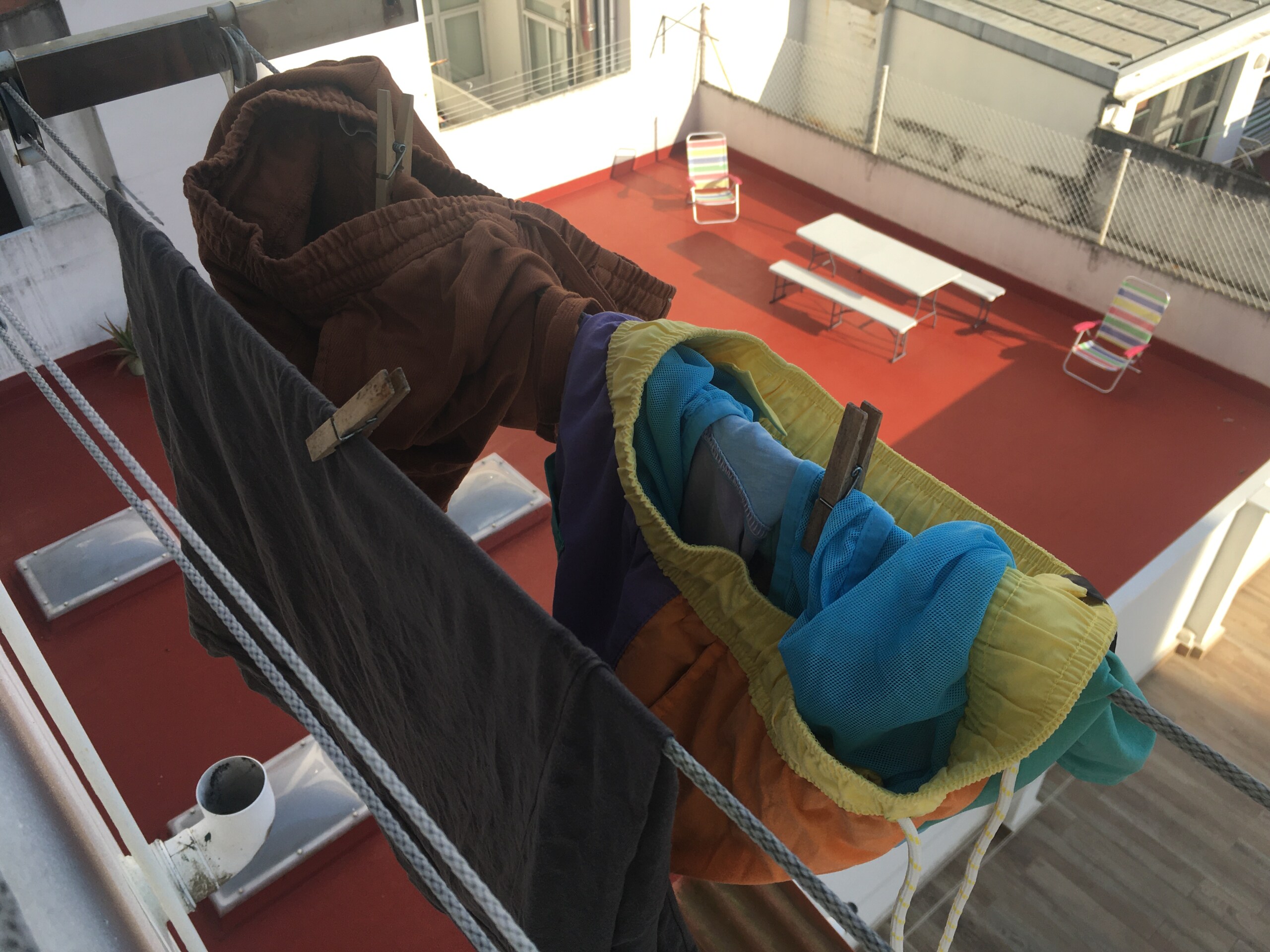 The list can go on and on. Spain will always have a place in my heart no matter where I am in this world. It truly is a unique country filled with wine and chitchat, fiesta and siesta, and beautiful naturaleza (nature). So now I say, Adios, España. Hasta la proxima vez when I can drink another tinto de verano while taking in the sun in my favorite plaza.