A Journey Through the Disney Films: Dumbo

Welcome to My Disney Journey

I’m on a journey to watch every classic Disney movie. I believe these stories contain themes and elements that relate to living a better life. These stories show us how to become better people, how to grow as individuals, how to love and sacrifice, how to overcome betrayal and death, and how to welcome in the love from family and friends. They bring out the best in us, and what we learn from them changes as we age. I want to share my experience of what I learn from this journey. 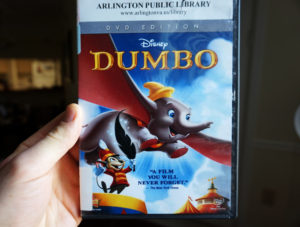 When Mrs. Jumbo finally receives her baby from the stork, Dumbo and his oversized ears are criticized by everyone in the circus. Dumbo’s large ears are responsible for his mother’s imprisonment, the circus’s downfall, and for not fitting in. But with the help of his loyal friend, Timothy Q. Mouse, Dumbo uses his ears to become the only flying elephant in the world.

Dumbo was born with abnormal sized ears, which brought him down ever since he arrived to the circus. He was cute, but his large ears made the other elephants cast him away after Dumbo’s ears were the cause of his mother’s imprisonment, and ruining the other elephant’s circus act.

But Dumbo’s friend, Timothy Q. Mouse, looked past Dumbo’s funny ears; he didn’t find anything wrong with them. Timothy helped Dumbo to find his place in the circus. After many attempts that failed (and a really wild night), Timothy and Dumbo soon discovered Dumbo’s special ability to use his ears to fly. Timothy pushed Dumbo to use this ability in his circus act to impress the world and become something incredible.

We all need a friend like Timothy in our lives. Someone who looks past our flaws and sees something great. It is important to have someone in your life who will push you to be the best you possibly can. People will always try to point out your flaws and push you down. But no one in this world is perfect. Let your flaws be your strength. Wear your flaw like a badge of honor and it will protect you from any negativity.

The thing I love most about Disney movies is Walt Disney’s sense of humor, especially when it comes to the little things. In Dumbo, I loved how Walt made the train come to life. The train even had a name, Casey Junior. Casey Junior had to lug the entire circus across Florida. She was huffing and puffing and jumping up in the air to get a better start. It was hilarious. Apparently Casey Junior appeared in a few of Walt Disney productions. I always wondered why Walt Disney added little things like this into his movies. He’s a guy I would have loved to have a drink with to pick his brain and ask him why he did what he did.

I also found it funny that this movie was rated G, but it’s clear that Dumbo and Timothy were really drunk to the point where they woke up in a tree after a night of hallucinating about pink elephants on the run. They did not even remember how they got up there until they learned about Dumbo’s special ability to fly. That sounds like one wild night. What were those circus performers drinking? 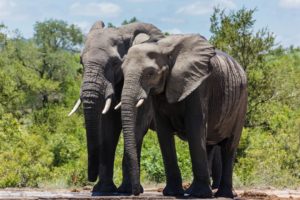 I’m curious how big Dumbo’s ears would be in real life compared to these guys.

Dumbo is one of the shortest Disney films, running at a time of 64 minutes. This is funny because when I was little, I remember this movie being really long. And now, watching it as an adult, I was so shocked when it ended shortly after Dumbo discovered he could fly.

Dumbo is based on a book by Helen Aberson with her story by the same title. This is what I love about Disney. It expresses that idea where originality doesn’t exist. All writers are trying to create something original. But in fact, they don’t need to. They just need to do what Walt Disney did. They need to find that story that drives them and that they connect with, and write their own version of it.

The name of the circus, WDP Circus, is an easter egg for Walt Disney Productions. Another reason why I love Disney movies. There are so many easter eggs that Walt Disney added in to make his movies even more special to himself, while not worrying what critics thought.

I enjoyed Dumbo, even as an adult. It had corny humor to make me laugh, themes that I could relate to, and a story that was entertaining. I loved the overall message about how the things that bring you down will be the things that bring you up. We live in a world full of negativity, and I think we need to all practice this mindset expressed in the relationship between Timothy and Dumbo. I also cannot wait for Tim Burton’s live action remake of Dumbo. I can definitely see the potential for Tim Burton to put his unusual style into Dumbo to make this an even better experience and to portray this important theme to a wider audience.

What are your thoughts on the movie Dumbo, and the central theme it portrayed? Share it in the comments!