When you think of Spain, I’m sure sipping wine in the Andalusian sun, taking a rejuvenating siesta, and late night fiestas come to mind. But did you know Spain has some of the best surfing in Europe? Here are five great surf spots in Spain.

Cadiz is the most southern region in Spain, located in the autonomous community Andalusia, just across the Strait of Gibraltar from Morocco. Every day is sun. I lived in Cadiz for two years, and I still remember the days it rained. The only bad weather Cadiz has is the levanter wind which brings disgustingly hot weather, heavy winds, and sand that will get into your eyes. The wind makes Tarifa (the most southern point in the European continent, located in Cadiz) the hot spot for windsurfing and kiteboarding. But when the wind isn’t howling, Cadiz provides perfect weather and surf conditions on the Atlantic Ocean side.

In Cadiz capital, I highly recommend surfing at Playa de Santa Maria. This beach provides beautiful views of the oldest populated city in Europe. You can pay a visit to Willy at Hopupu Surf Club to rent a board or sign up for a surf lesson. Just be careful of the locals. They tend to have priority over every single wave. I advise to surf away from them. 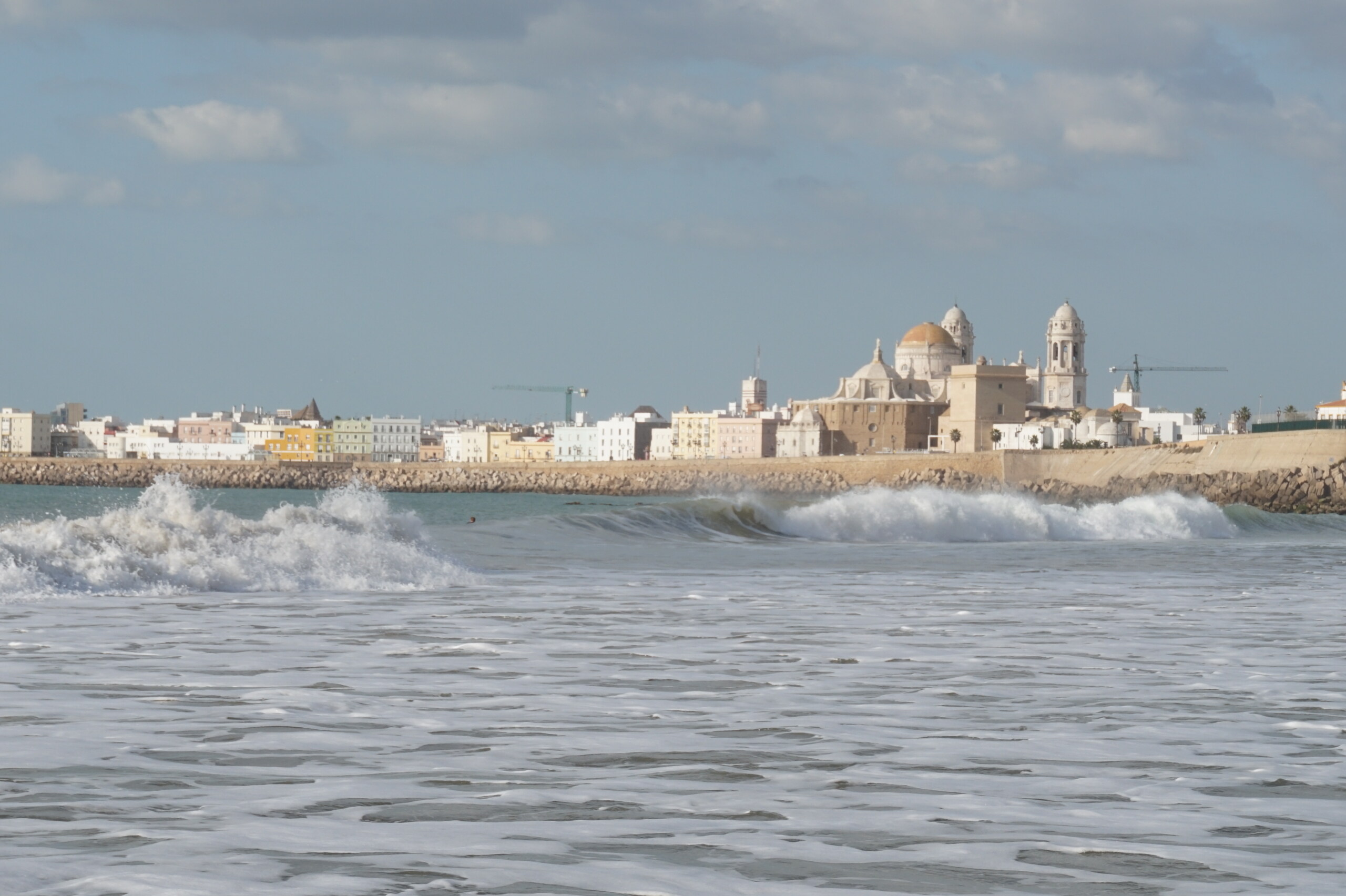 Just south of Cadiz capital is a little beach town called, El Palmar. El Palmar is filled with surf schools and rentals. It’s still the only real surf town I’ve been to in Spain where you really feel the surfing culture. This beach has a deadly under current, however, so don’t surf alone. 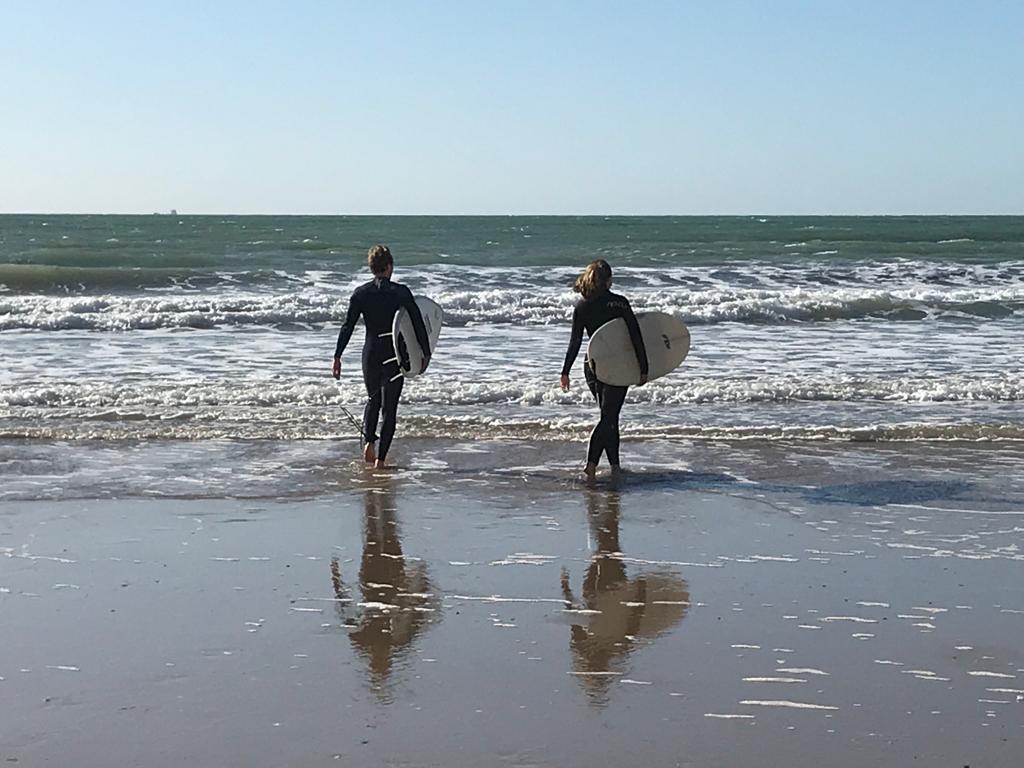 Cantabria is located in the north of Spain, squished between Asturias and Pais Vasco. The Cantabrian Sea covers this autonomous community in its northern coast. The weather here is the total opposite of southern Spain. Prepare yourself for surfing in the rain because almost every day it’s raining men. But the wet weather makes up for it when you’re surfing with green mountain views all around you.

The largest city in Cantabria is Santander, one of my favorite cities in Spain. Believe it or not, it’s not just a bank! Santander is a wealthy city surrounded by seven beautiful beaches and a promenade taking you along miles of coast of beaches and cliffs. Surrounding Santander are some of the hottest spots to surf in Spain.

In the capital of Cantabria I recommend surfing at Playa del Sardinero. Sardinero Beach is just walking distance from the city center and one of the most beautiful city beaches I’ve seen in my life. In the summer, this beach is swarmed with people who vacation here from Madrid. It’s nearly impossible to surf there in the summer with the crowds, and it’s usually flat anyway. But when a big swell comes in, the lifeguards prioritize the surfers. In winter, this spot is a surfer’s paradise providing big, fat beach break waves and views that will take your breath away.

If you want to escape the city without having to travel too far, you can take the fairy across the Santander Bay to Playa de Somo. Somo Beach is one of the most popular places to surf in Spain alongside with El Palmar. A town filled with surf schools, people come from all over to stay in Somo and surf. There’s always a wide range of beginners and professionals. This place is filled with surf hostels, skate parks, and surf shops. It’s a Spaniard’s surf dream. This beach will also provide you with stunning views of Santander just on the other side of the water. 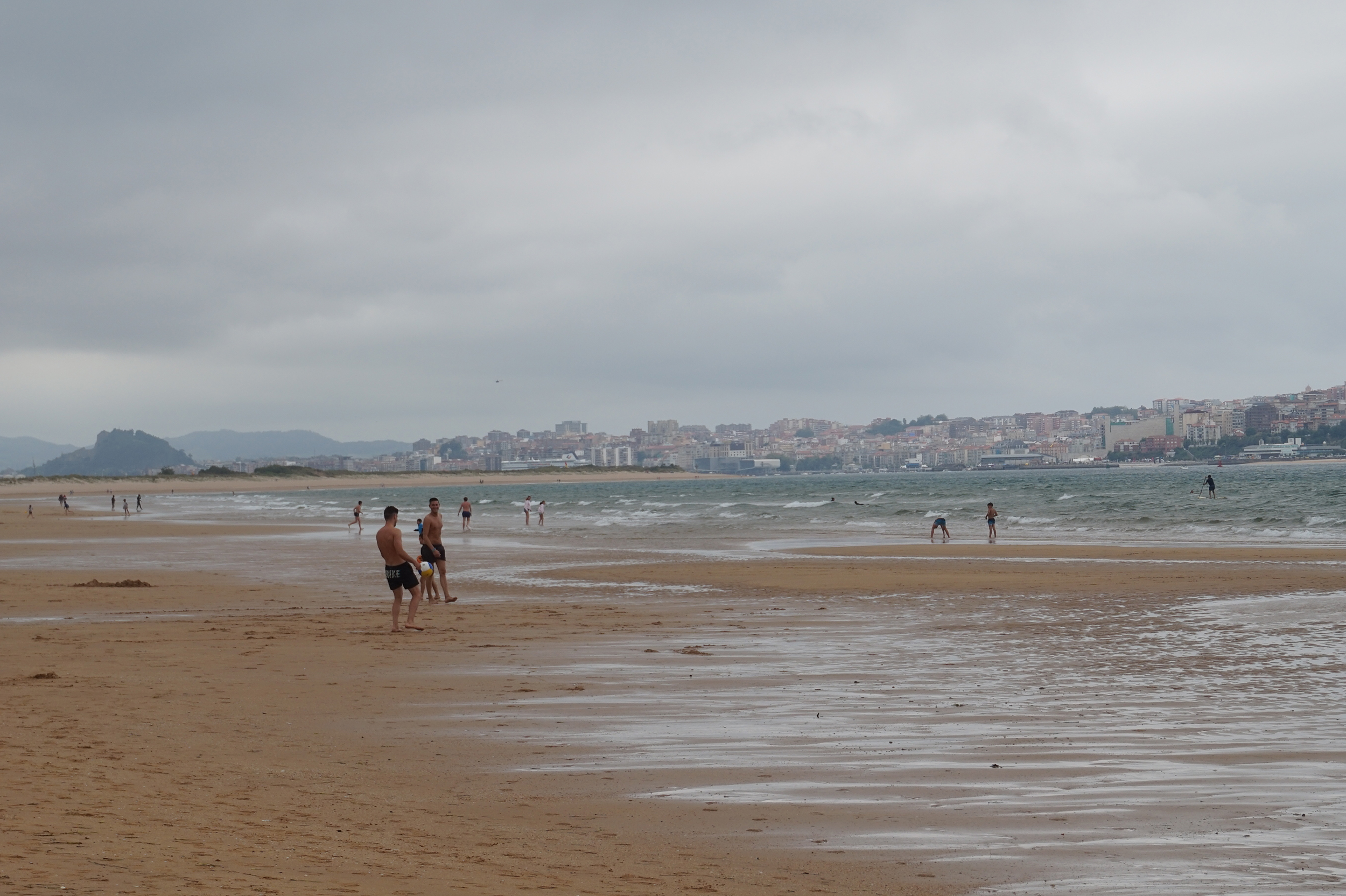 My ultimate favorite beach to surf is Playa del Rosal, located in San Vicente. San Vicente is only a forty-five minute drive from Santander and well worth it if you are a longboarder. I’m more of a longboarder myself and I thrived at this beach. The waves are big, fat, and slow. I never thought it was possible to carve on a longboard until I surfed this beach. 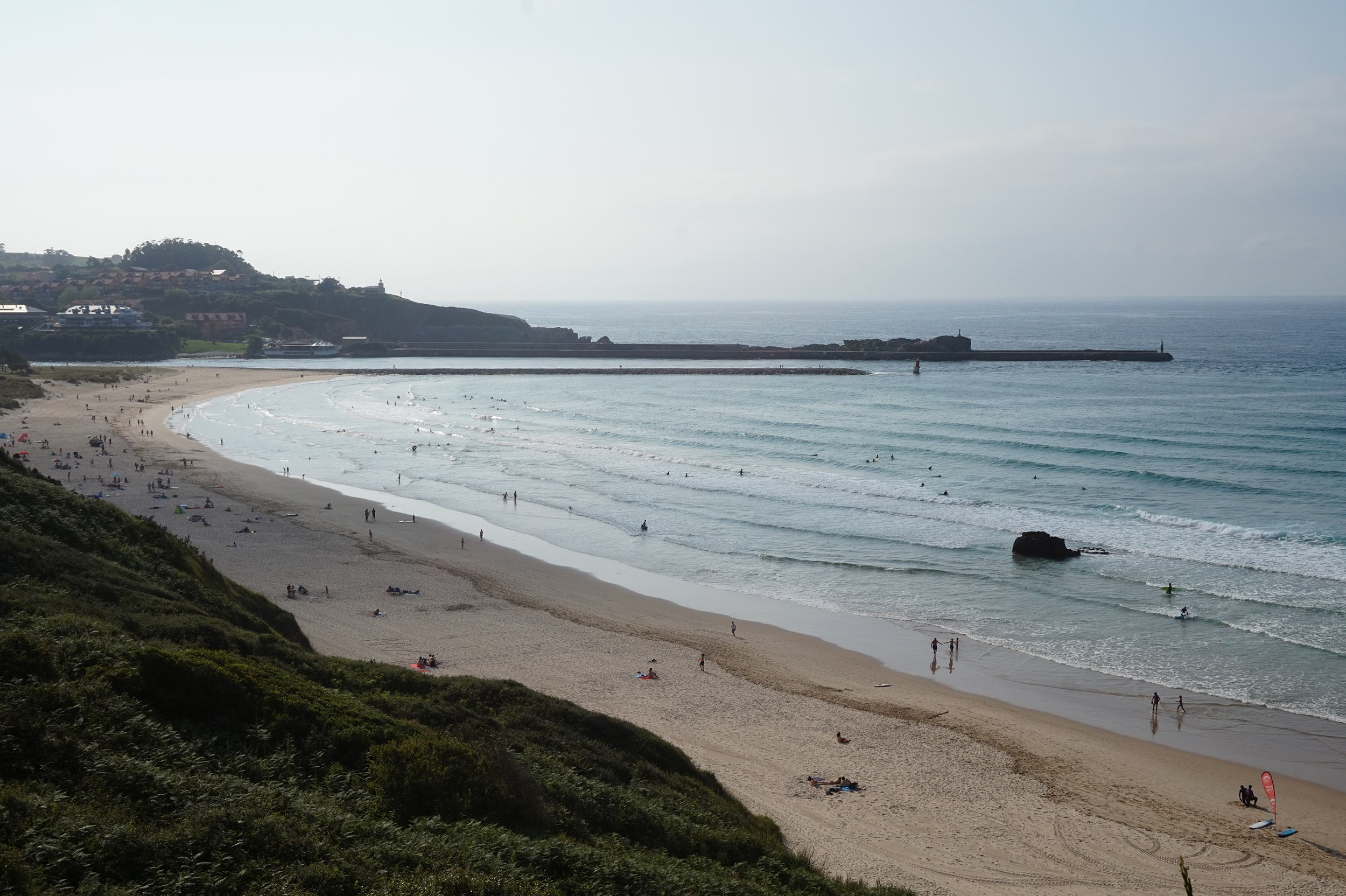 Just next door to Cantabria lies Asturias, an autonomous community in Spain famous for its cider. And boy do I love my cider. The cider comes in a bottle with a cork and you’re supposed to poor it from up high. Asturians hold contests to see who can poor the cider the highest. Asturias is home to the mountain range Picos de Europa, making it a very mountainous community and some say it’s Spain’s hidden gem. I would have to agree. It’s still one of my favorite coastal drives with ocean on one side and mountains on the other. 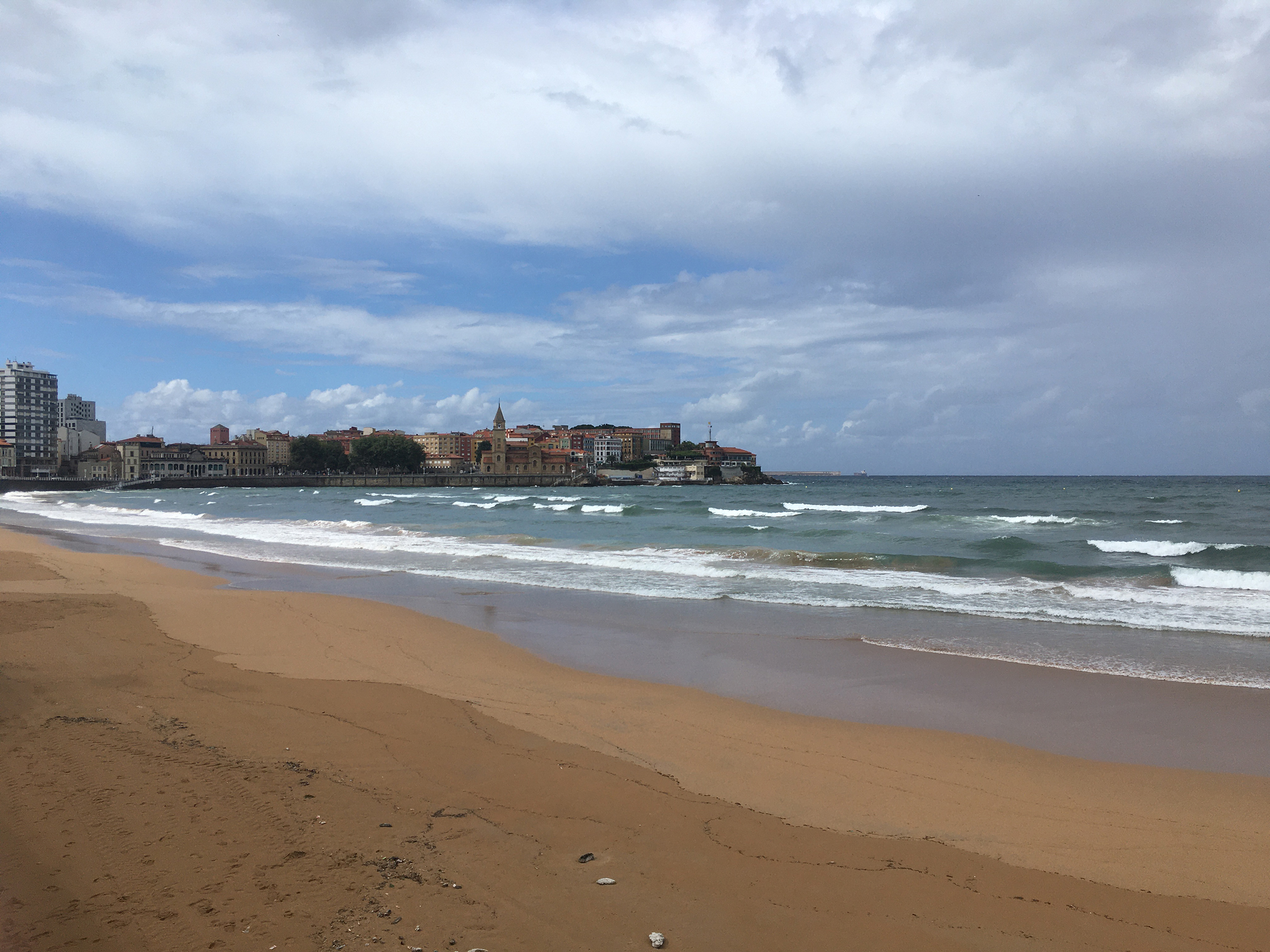 I never surfed in Asturias, but I do recommend checking out Gijon. It’s a city on the ocean with a great surf culture. It’s also a great city if you like music. I describe Gijon as a very grungy, punk city. I remember watching a sunset in the port while listening to a punk band play across the water. It was perfection. 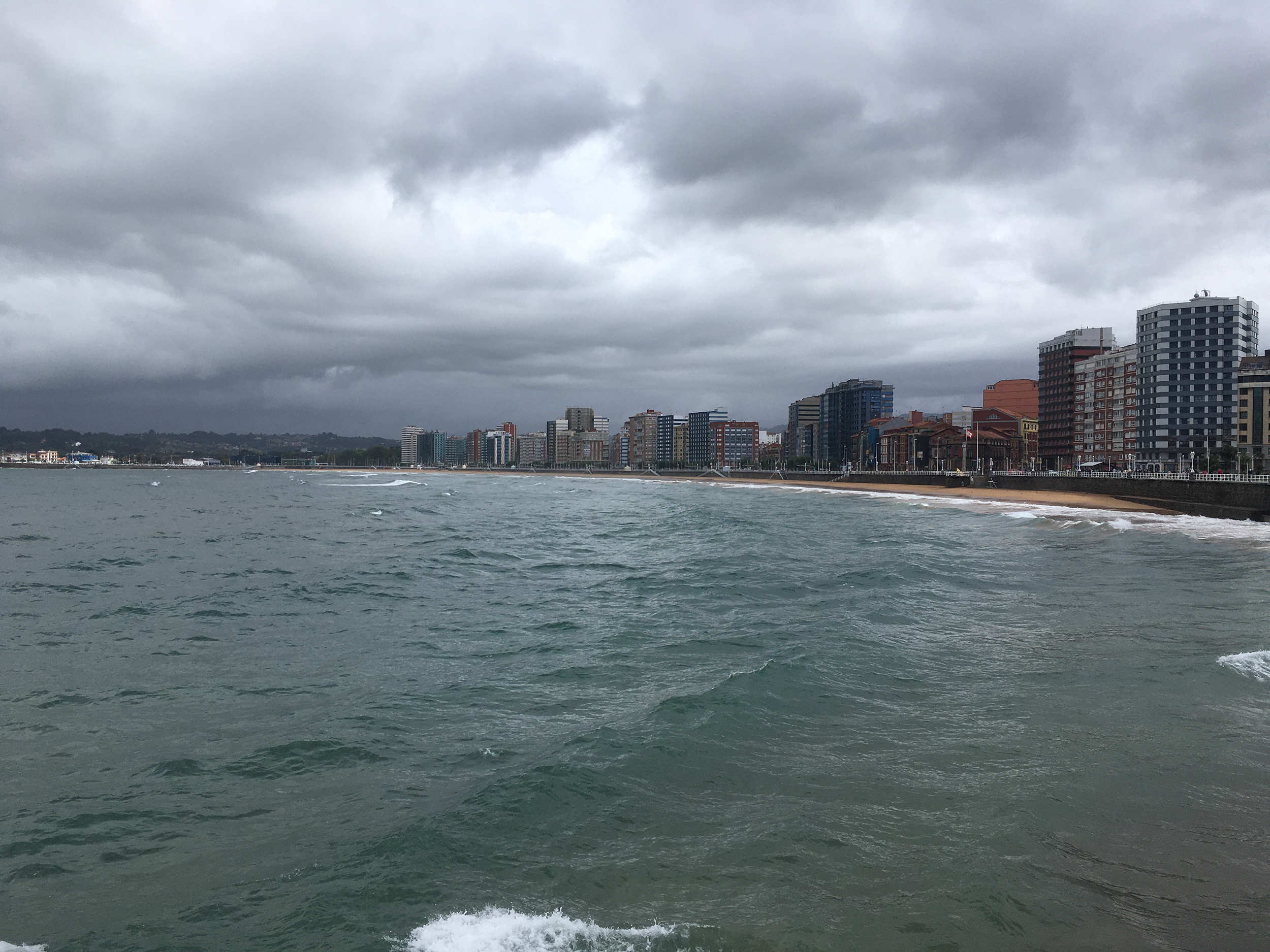 Zurriola Beach is probably one of the most famous beaches to surf in Spain. Located in the city of San Sebastian, just miles from the French border, this beach is surfing heaven. Here you can find people of all ages learning how to surf. Ben Gravy even shredded on this beach! And if you get tired of surfing here, France is just right around the corner for even more shredding fun. 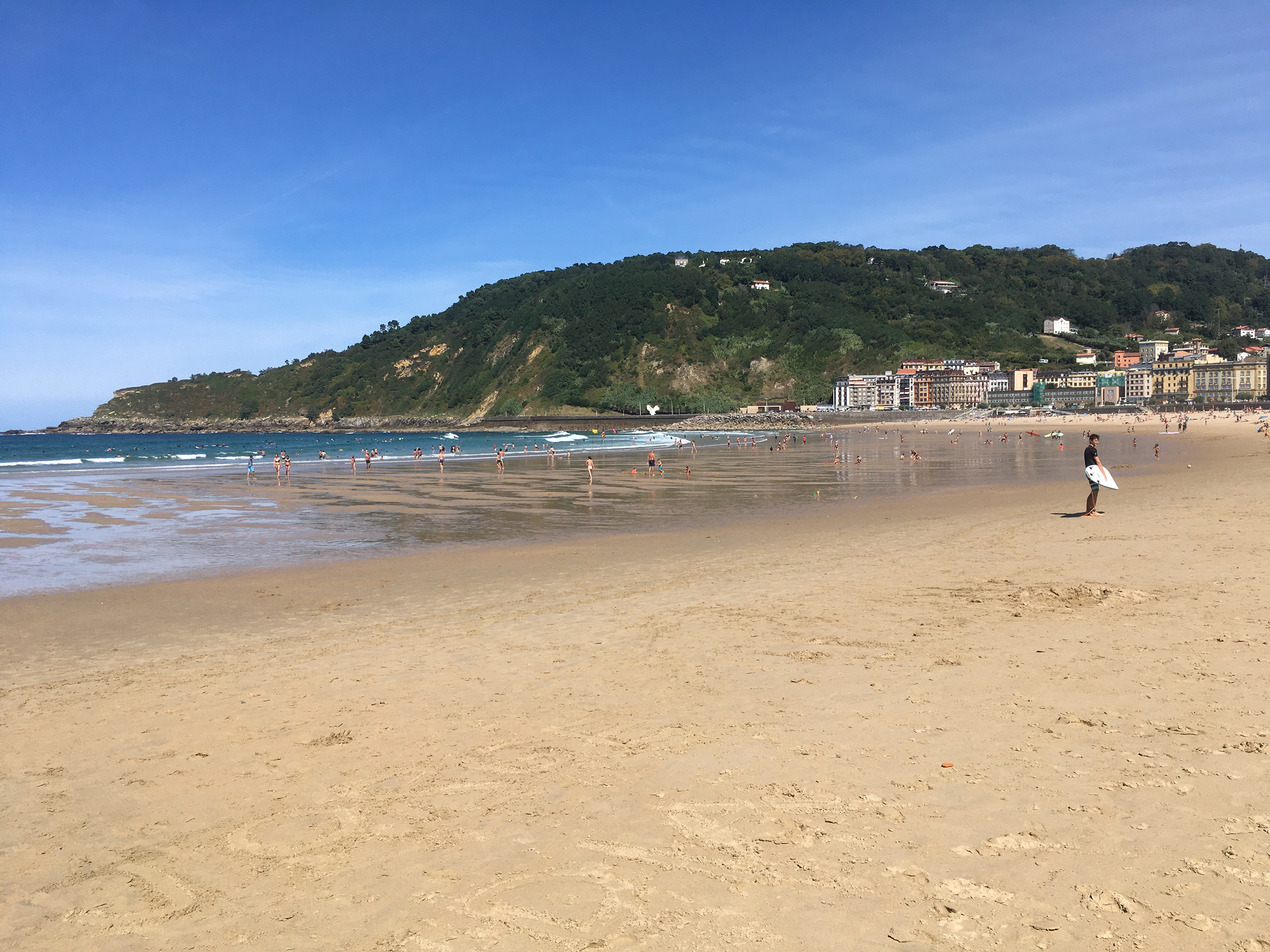 Galicia wins the ultimate surf spot in Spain. Playa Pantin holds the Pantin Classic Galicia Pro World Surf competition every year. And there’s a reason for it. An autonomous community located in the top left corner of Spain, sitting directly above Portugal, open ocean flows around Galicia’s northern and western perimeter. Gallegos know how to surf. And they must know how as the beaches here in Galicia are a whole different level of surfing. You really need to learn the beaches and the currents. The coast of Galicia is open ocean and the currents are strong and the waves get…BIG. 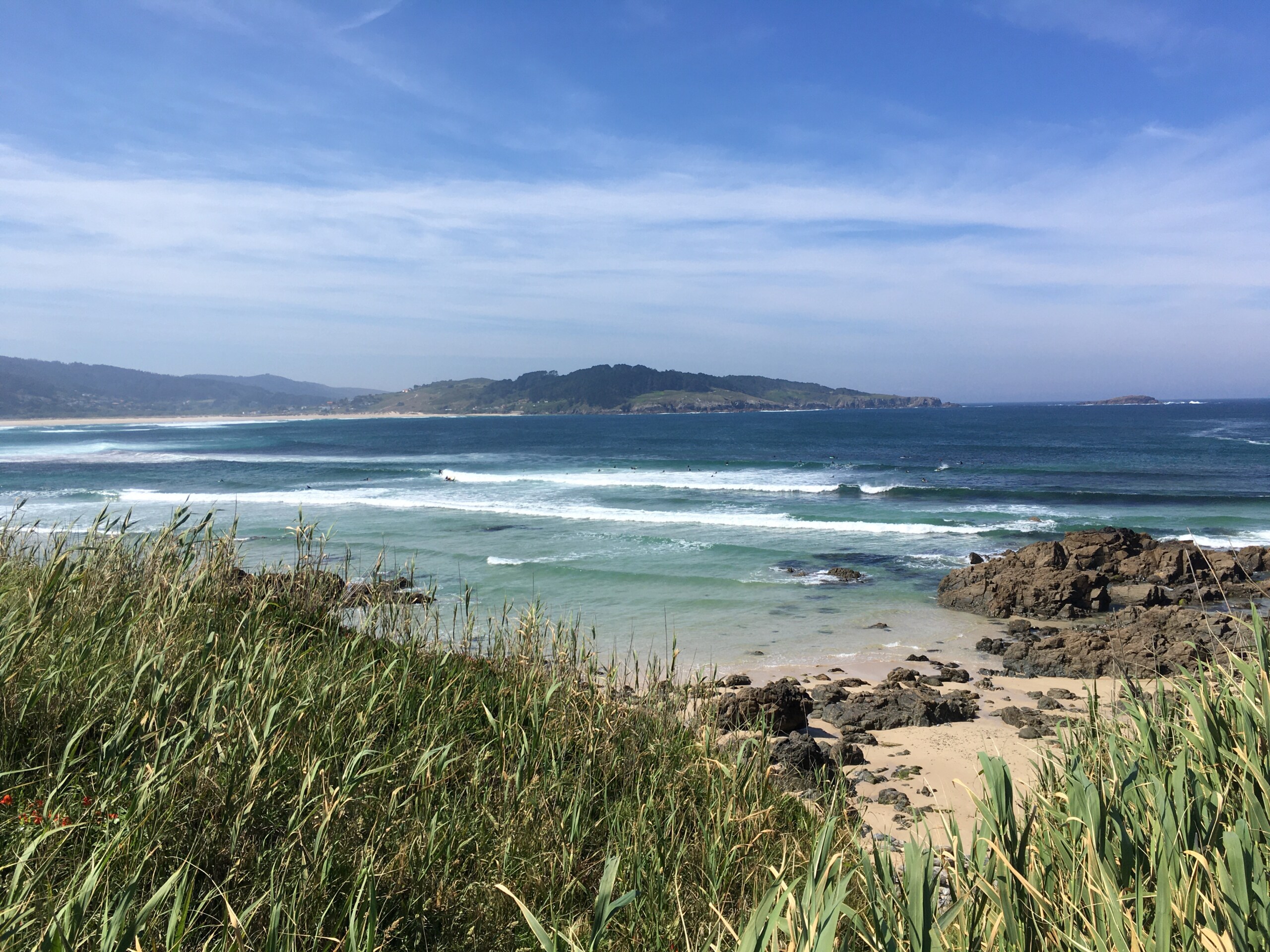 My favorite beaches to surf here in Galicia are Playa de Doniños and Playa de San Jorge. Both beaches are right next to each other and located on the coast of Ferrol in northern Galicia. In the summertime, people from all over Europe travel to these beaches to park their campers and surf. These two beaches will provide you breathtaking views of green mountains and forests with crystal blue-green water. The northern coast of Galicia is also protected from building infrastructure around it. So you really feel lost in nature surfing here. The water in Galicia has also been the coldest water I’ve surfed in Spain so be prepared to bring some booties and a surf cap. Also, prepare for rain. Galicia is the rainiest autonomous community in Spain.

If you’re in the area, and want to rent a board, stop over to Spot Surf School and rent a board or sign up for a class with Iago. 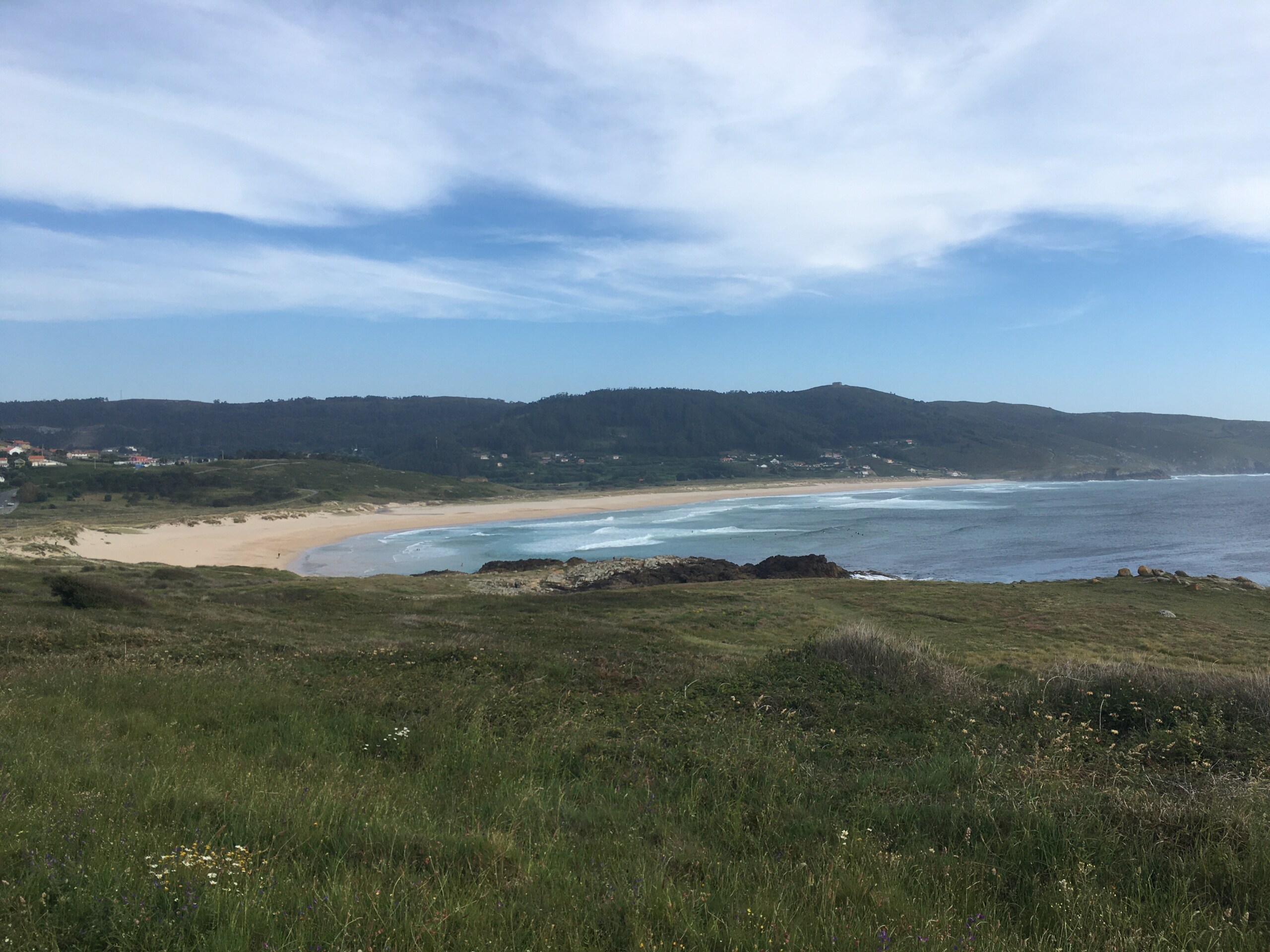 So when you’re planning your next surfing safari, make sure to put Spain on your list. And after a nice surf session, I highly recommend heading to the closest chiringuito to sip on a nice, warm cafe con leche. You won’t regret it 😉